Bloat — what you need to know 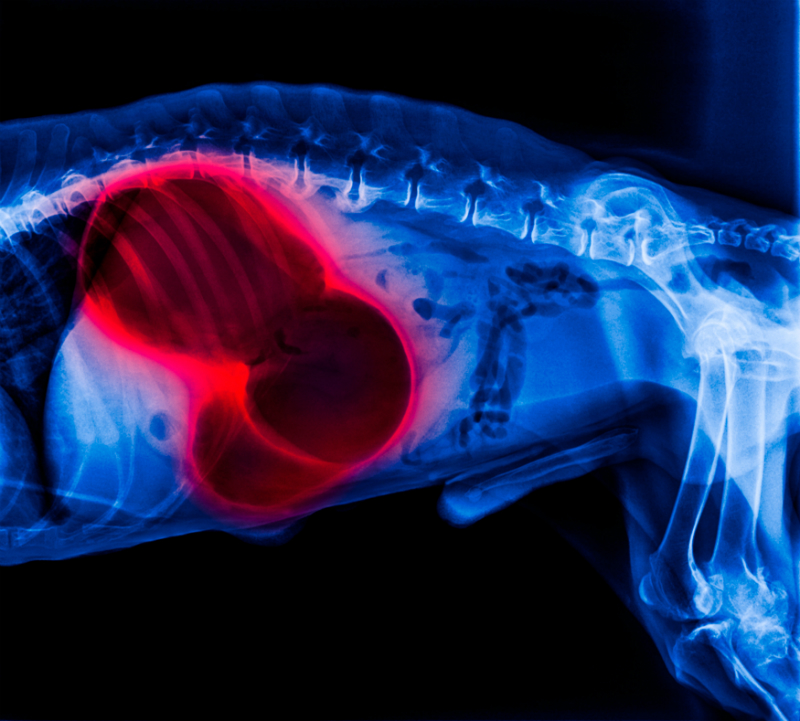 When you buy a dog, it’s a life-long commitment. You have to make sure they are fed properly, taken to the veterinarian many times during their lives, make sure they get walked, etc.

One of the topics we are going to discuss today is bloat or Gastric dilatation-volvulus (GDV). This is an extremely serious situation and should be considered life-threatening. There are no natural or home remedies for bloat so if your dog is having symptoms related to this disease – which we will be going through below, you need to see your Veterinarian ASAP.

Dogs with bloat can die within several hours so time is of the essence. Even when a dog gets treatment there is still a chance that they may not survive.

With bloat, for a number of different reasons, your dog’s stomach can fill up with air and put extra pressure on the other organs in the dog’s body. It can also cause the stomach to rotate onto itself and pinch off the blood supply. Once this happens the blood supply is cut off and the stomach begins to die.

The pressure makes it difficult for the dog to breath and it can also compress larger veins in the abdomen which can prevent blood from returning to the heart.

Breeds That GDV Is More Common In

As with a lot of other health issues and diseases, GDV is more common in some breeds than it is in others.

GDV tends to be much more common in larger dogs than smaller dogs, hence the numbers above.

It’s a good idea to not only talk to your veterinarian about GDV but also talk to them about your specific breed.

Dogs also over the age of 7, who are male, who are fed less than 1 times a day are also more at risk to get GDV than dogs who are not.

Signs Of Bloat In Dogs

Some of the symptoms you’ll want to look for in your dog include:

Prevention Of Bloat In Dogs

While getting care for your dog after the fact can keep GDV from coming back later on in the dog’s life, most vets agree that having a surgery called gastropexy, while they are young, is the best way to keep dog bloat away entirely. A gastropexy can be done on both male and female dogs and it can be done at the same time as they are being spayed or neutered.

For most dog lovers and owners, that stat alone is worth getting the gastropexy.

According to studies, dogs that have the gastropexy have a small 4.3% chance of getting GDV in the future versus the 54.5% who can get it in the future who have NOT gotten gastropexy. 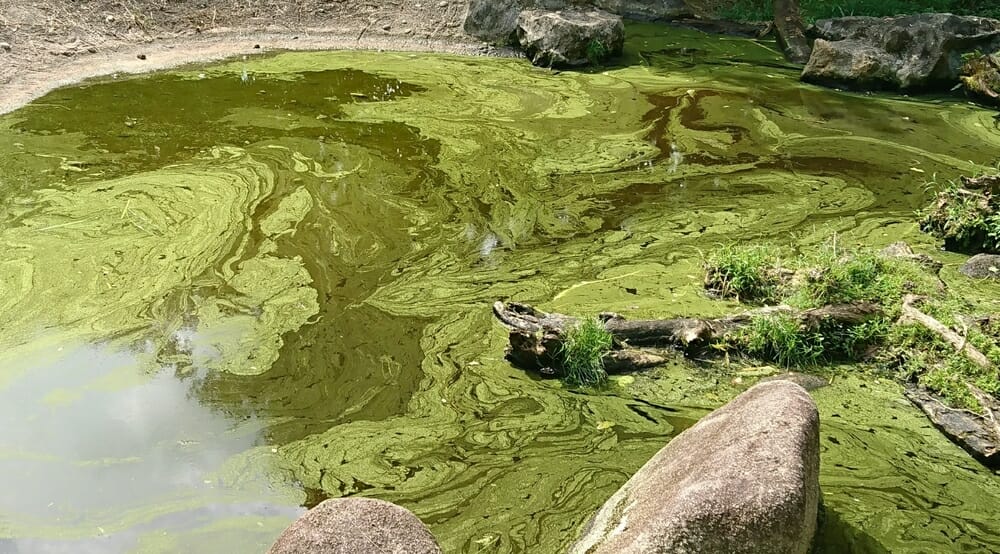 What You Should Know About Blue-Green Algae

Scientifically known as Cyanobacteria, Blue-Green Algae is a bacteria that is incredibly harmful to both people and pets.

We have made some important updates to our operating policies effective March 21, 2022.

1. WE CAN NOW SEE ALL CASES BY APPOINTMENT ONLY

2. SAFETY MEASURES TO KEEP EVERYONE SAFE

We are available to serve you and your pets during the following hours:

Have you welcomed a new furry family member to your home? We’d love to meet them! Visit our New Pet Owner Information page for useful resources and helpful recommendations for new pet owners.

Thank you for your patience and understanding and we look forward to seeing you and your furry family members again!